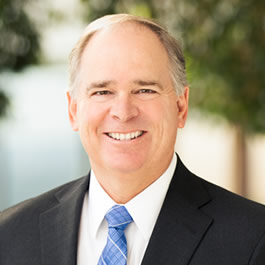 Nick Akins is chairman, president and chief executive officer of American Electric Power. He is AEP’s 11th Chairman, 10th President and sixth CEO in the company’s more than 100-year history.

Under his leadership, AEP is investing in modernization and security of the electric grid, resource diversification, and technology and innovation – enabling the transition to a clean energy future while preserving universal access to the grid for all customers. Akins led a culture transformation to engage employees in customer-focused innovation, enhance diversity and inclusiveness, and build workforce agility for a digital future. Through strategic partnerships and collaboration with customers, Akins has positioned AEP to redefine the future of energy and embrace the transformation sweeping the industry.

Akins rose through the ranks at both AEP and the former Central and South West Corporation (CSW), which merged with AEP in 2000, holding various positions of increasing leadership responsibility throughout his career.

A native of Louisiana, Akins received his bachelor’s degree in 1982 in electric engineering from Louisiana Tech University in Ruston and a master’s degree in electrical engineering in 1986 from Louisiana Tech. Additional training includes executive management programs at Louisiana State University, the University of Idaho and the Reactor Technology Course for Utility Executives at the Massachusetts Institute of Technology. He is a registered professional engineer in Texas.

Akins is a former chairman of the Board of Directors of both the Edison Electric Institute (EEI) and the Electric Power Research Institute (EPRI), as well as the former chair of the U.S. Business Roundtable (BRT) Energy and Environment Committee, of which he remains a member. Currently, he serves as chairman of the boards of the Ohio Business Roundtable, Nuclear Electric Insurance Limited (NEIL), and Global Sustainable Electricity Partnership (GSEP). Additionally, he is a member of the boards of EEI, Institute of Nuclear Power Operators (INPO), The Columbus Partnership, Columbus Downtown Development Corporation, Fifth Third Bancorp, OhioHealth and the Rock & Roll Hall of Fame. In 2020, he was appointed to a two-year term on the National Petroleum Council.