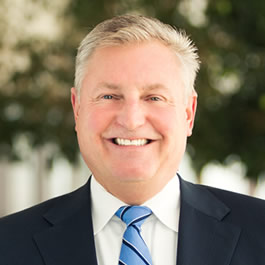 Previously, Chodak was executive vice president- Utilities, overseeing the activities of all AEP’s utility operating companies. In this role, he was responsible for the growth of AEP’s regulated utility operations as they focused on and invested in advanced technologies to deliver more reliable, affordable and cleaner energy to customers.

From 2008-2016, Chodak successfully led AEP’s Southwestern Electric Power and then Indiana and Michigan Power companies as their president and chief operating officer. In both positions, he was responsible for company operations and financial performance, as well as a wide range of external relationships.

Chodak began his career with AEP in 2001 as a senior project manager. In 2002, he was named director of regional engineering for regulated generation, working with a team that provided engineering support for power plants. He was named managing director, corporate technology development in 2003, and led a team that evaluated existing pollution control technologies and recommended solutions to meet environmental compliance requirements.

In 2004, Chodak led efforts to implement AEP’s environmental compliance plan as director, environmental programs and was responsible for more than $2 billion of capital investments. He was part of the team responsible for the successful completion of the Mountaineer Plant flue gas desulfurization retrofit project.

In early 2007, Chodak was named director, new generation, responsible for the installation of several natural gas fueled power plants, both simple- and combined-cycle plants, as well as AEP’s integrated gasification combined cycle (IGCC) program. He was part of the team that successfully commissioned the first two units at AEP’s Harry D. Mattison Power Plant in northwest Arkansas, as well as the Stall Plant in Shreveport, La.

Prior to joining AEP, Chodak was a staff scientist at Los Alamos National Laboratory conducting research on technology and policy issues concerning nuclear power and proliferation risks. Chodak served more than seven years in the U.S. Navy as a submarine officer, earning numerous commendations and completing both submarine and chief engineer officer qualifications.

He earned a doctorate degree in nuclear engineering from Massachusetts Institute of Technology in 1996 and completed MIT’s Reactor Technology Course for Utilities Executives in 2011. He holds a master’s degree in civil engineering from Virginia Polytechnic Institute and State University, and a bachelor of science degree in chemical engineering with honors from Worcester Polytechnic Institute. Chodak graduated from the Harvard Business School Advanced Management Program in 2015.

Chodak serves on the Board for the Columbus Regional Airport Authority and is a Capital University Trustee. He is also a Habitat for Humanity Champion. At AEP, he is an executive sponsor of the Military Veteran Employee Resource Group (MVERG).