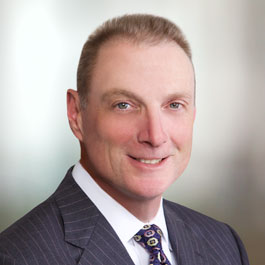 Tony Kavanagh, AEP's senior vice president - governmental affairs, is based in Washington, D.C. Kavanagh works with senior executives and the seven AEP operating company presidents to formulate, coordinate and implement the company's legislative and regulatory agenda at the federal and state level.

He joined AEP in 1991 as director - federal agency affairs and was promoted to vice president in 1999 and to his current position in 2009.

Kavanagh has been in the electric utility industry since 1983, when he joined Con Edison Co. of New York and worked primarily in purchasing. In 1985, Con Edison loaned him to the American Gas Association for a two-year assignment as manager - consumer and marketing relations.

A native of New York, Kavanagh earned a bachelor's degree in government and politics from Manhattan College and a master's degree in public administration from the University of Southern California in Los Angeles.

Kavanagh is active in a number of Washington, D.C. organizations. He lives in Arlington, Va.