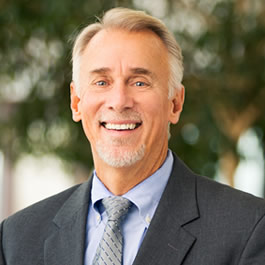 Mark C. McCullough is executive vice president - Transmission, overseeing operations of AEP Transmission Holding Company (AEPTHCO) and its subsidiary companies. As executive vice president, he is responsible for the company’s Transmission organization which manages an asset base of $18 billion and oversees 60 percent of the corporation’s annual capex. His organization is the largest owner operator and developer of electric transmission in North America. Responsibilities include P&L responsibility for AEPTHCO and oversight of the company’s field services, engineering, construction, planning, system operations and financial services for the company’s transmission and distribution station assets.

McCullough holds a Bachelor of Science degree in mechanical engineering from Rose Hulman Institute of Technology. He completed the MIT-INPO Reactor Technology Course for Utility Executives in June 2012.

McCullough serves as a member of the boards of directors of the Electric Power Research Institute (EPRI), the Association of Edison Illuminating Companies (AEIC), HomePort, the Columbus Housing Partnership and Grace Fellowship church.

He and his wife, Kelly, have four sons and two grandchildren, and reside in Pickerington, Ohio.