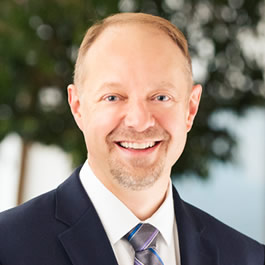 Toby Thomas is senior vice president, Energy Delivery. He is responsible for Transmission engineering, construction, operations, maintenance and compliance, along with bringing together Transmission and Distribution engineering and standards to create efficiencies that better serve the needs of our operating companies.

Prior to that, he served as vice president, Competitive Generation, where he was responsible for the management of AEP's competitive generation fleet, including Cardinal, Conesville, Gavin, Greenville, Muskingum River, Waterford and wind generation.

From 2008 through 2012, he was managing director, Kentucky Power, Gas Turbine and Wind Generation, responsible for the safe generation and maintenance of various coal, combined cycle, and simple cycle units in the Midwest and wind generation units in Texas. Before that, Thomas was manager - Asset Investment, involved in the acquisition and integration of gas-fired generating assets for AEP's generation portfolio as well as the asset management of AEP's competitive co-generation facilities.

He joined AEP in 2001 as a project engineer involved in the development and optimization of competitive power generation and industrial steam generation projects across the United States.

Prior to joining AEP, Thomas worked for Cummins Engine Company in Columbus, Ind., as a performance development engineer.

He holds a bachelor of science degree in mechanical engineering from the Rose Hulman Institute of Technology.